Sporting Events For The Family In The Highlands

We have talked a lot the last year about fun things to do with the family and many sporting activities have been involved. While I love to take part in sporting and action packed activities. I also do like to go with the family to sporting events, grab a giant coke, an overpriced hotdog or pie and enjoy a good game or sporting event. Now I am mainly a football fan, but I have been to a few other cool sporting events that the kids also enjoyed and today I want to share a few of them with you. Who knows you may even find something you could take your family to see! 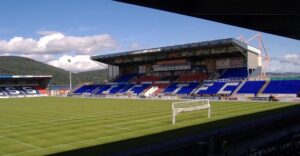 Ok so I know a very predictable one to start with, but let me just say the first time I went to see Inverness Caledonian Thistle play was over a decade ago on a cold November night and to say I was freezing my nether regions off is an understatement. Their stadium is not too far from our, Kirkstone Lodge property. So coming here on a lads weekend and taking in a game would be a good laugh.  But last season I went with my boys to see them play Kilmarnock (they won 2-0 by the way)  and I was impressed far more with the stadium and the whole atmosphere this time around. Maybe it was because it was not colder than the artic or perhaps it was just because I had the boys with me, but we did have a great time.  You can really make a day of it in Inverness so you could have a wee walk around in the morning, head to the stadium to watch the match and then take in the evening as well.

Wow is there a crazy amount of highland games that take place all over the highlands! It would take a man far greater than I to write about them all, but I have been to more than a few of them.  The Ballatar Highland Games were the most recent one we went to and we had a fantastic time. I will say that for the most part, the events seem to be the same or at the very least, similar at most of the highland games I have been to, but that is not a bad thing. While watching the events is a lot of fun, my kids seem to really enjoy where there are a lot of stalls, selling all kinds of wee nick knacks, food and other little bits. A big, burly bloke tossing a caber is  what most people think of when they hear, highland games brought up and despite having been to around 10 games I have yet to see this stereotypical kind of Scotsman. Perhaps it is up to me to hit the gym a little harder, grow a beard and get the kilt out of the loft! In all seriousness, if you have kids I am 100 percent positive they will love going to watch a highland games no matter how big or small the event is. 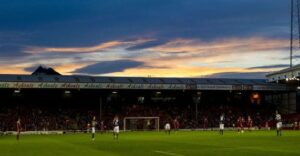 As one of the main institutions in Scottish football,  Aberdeen FC are one of the biggest teams in the country. I have had the pleasure of going to  Pittodrie many times and the first time I went was to see them play Rangers sometime in the mid 90’s. Anyway I have always had a bit of a soft spot for Aberdeen ,even as a kid I think if my old man had not insisted that I be a Rangers fan I would have chosen Aberdeen. Anyway now as a parent I have come to appreciate how community driven this club is. My boys have seen Aberdeen play, but never  at Pittodrie. But they have been on the stadium tour. The stadium tour that is on offer here is just incredible and actually only costs 3 pounds for an adult and let me tell you they really look after the kids and make sure they have a good time. So while it may be way out west, the Aberdeen Stadium Tour is something I cannot recommend highly enough. 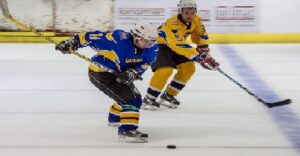 I have a real love for ice hockey which actually started when I got a NHL Hockey game for my Sega Mega Drive as a kid. Since then I have been to many  Fife Flyers home games and a few of the  Dundee Stars  home games as well. Not many people realise that we have quite the rabid hockey fan base that we do in Scotland. Well one thing that I am pretty mind blown about is that there is actually a team located in the Highlands.  They are called the Highland Capitals and they play their games in Inverness. I have not been able to go and see them play yet, but I just find it so cool that there is actually an ice hockey team from Inverness. Hopefully they can get some traction and maybe make their way into the Elite League. 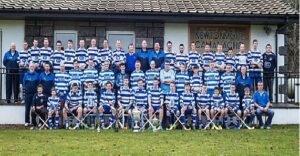 Newtonmore Camanachd Club play their games not too far away from our,  Kirkstone Lodge. Actually I think I talked about it a couple of weeks ago. Anyway I have been to exactly three shinty matches in my life, one time I even had a gentleman try his very best to explain to me just what the heck was going on……. I was even more lost after he finished talking to me so I think it may have been a good natured local just messing with me. Anyway it is a pretty hard hitting and fast paced game and it certainly made an impression on my boys as they have their own little golf set up in the garden and on a couple of occasions I see them playing their own , even more brutal version of shinty, which usually ends when one of them is crying. Anyway this is something that is really only in the highlands as far as I know so it is well worth seeing of the place you are staying has a shinty team nearby. 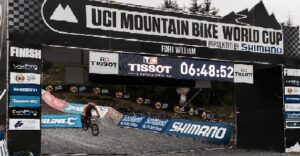 Each summer, Fort William hosts the Mountain Bike World Cup. Where the best riders can test their skills flying down the Nevis Range. My family are all big into mountain biking and boy do we wish we could take part in this, but I think our skill level of riding may be about a million times lower than the phenomenal riders who take part in this.  While this year’s competition has been and gone, let me tell you this is an event you really want to keep in mind for next year. This is just something that is a little unusual, cool and something I am sure if you have kids they will remember for a very long time.

This site uses Akismet to reduce spam. Learn how your comment data is processed.